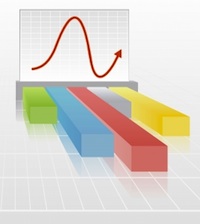 Brands using email marketing should work on their trustworthiness in order to maximise the volume of sign-ups, marketingweek.co.uk reports.

This is the opinion of marketing expert Michael Barnett, who suggests that in a newly-suspicious online world, brands need to be perceived to be trustworthy before consumers feel comfortable handing over their email addresses. 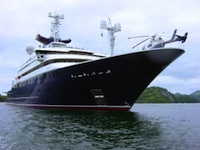 Microsoft's email platforms are still the most popular in Europe, although Gmail is growing fast, comscore.com reports.

New research from ComScore - which may be of interest to brands using email marketing - found that in Europe during June 2012, email in general saw 276 million unique visitors; a 14 per cent rise on figures recorded in 2011.

Gmail users may soon be able to use a 'snooze button' on their emails in future, pcadvisor.co.uk reports.

The new feature has been unveiled as a free Chrome extension which allows users of Google's email service to "snooze" their emails for further attention later.

An enticing pre-header is crucial to getting an email noticed on mobile platforms, according to an industry expert.

Marketing blogger Tara Hornor, who regularly pens articles for printplace.com, believes that email marketers should aim to get subscribers to open an email based solely on what their pre-header says.

Email marketing should be segmented and targeted in order to be successful, business2community.com reports.

This is the advice of tech blogger Margaret Spencer, who has urged businesses to look at making their marketing messages more specific to the reader in order to better their chances of success.

Gmail has unveiled it is beta testing a new feature to allow users to add "sticky notes" to their email messages, cnet.com reports.

The issue of adding sticky notes to email messages has been ongoing for some time, with many developers creating their own programs to allow users the ability to add personalised notes to their email messages.

Now, Google has taken the issue upon itself and created 'Notes for Gmail', a new feature which allows its Chrome users to write and post reminders on messages in their inbox. 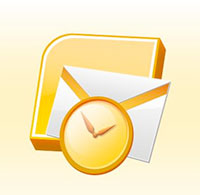 Over 10 million people have made the move from Hotmail to Outlook, Microsoft has claimed.

The software giant has unveiled that just two weeks after it was opened to the public, outlook.com has seen 10 million users make the switch from their old Hotmail accounts, firmology.com reports.

Microsoft's announcement comes after it claimed that one million used changed their accounts within the first six hours of Outlook going live.

The two most important words for any email marketing campaign have been suggested to be "best practice", imediaconnection.com reports.

Tech expert Chris Marriott has suggested that those new to email marketing always have the same questions: what day of the week is best, what time is best, what tests should be undertaken, when should a subscriber be labelled 'inactive' and should these inactive subscribers still be emailed. Furthermore, many ask what alterations should be made for mobile users, how important are welcome campaigns and what content should be written? 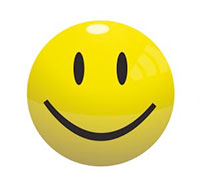 Putting kisses or smiley faces down in a professional email is one of the biggest irks for recipients, a new study has found.

Stationery supplier Staples UK made the discovery when investigating various traits typical of email communication and their impact, or impression on users, hrmagazine.co.uk reports.

While kisses and smiley faces topped the list of grievances, as cited by 66 and 44 per cent of those polled respectively, using close terms of endearment like 'honey' or 'dear' were also despised (54 per cent). The use of colloquial abbreviations like 'OMG' was similarly a turn-off for readers (50 per cent).