Christmas spend on the rise 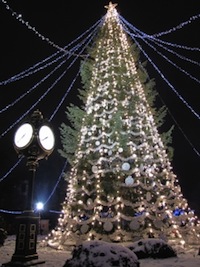 Most consumers plan to spend the same or more this Christmas than they did in 2011, marketingweek.co.uk reports.

Despite ongoing reports of financial instability, many consumers said they plan to splurge this Christmas, with the total expenditure for many families expected to match or even expand on last year's figures.

New research by high street bank HSBC found that around seven in ten consumers are expecting to spend the same or more this festive season than they did last year. Specifically, half said they would spend roughly the same, whilst around one fifth were preparing for an increase in spend. Just 17 per cent, meanwhile, said they expected their total to decline.

One expert has taken to econsultancy.com to document three email marketing tips that some 'may not have heard before'.

Email specialist Ian Creek believes that only sending one email and wondering why no users have bought the product, called the number or taken the trial is a 'classic mistake', cites the-cma.com.

With over 75 per cent of smartphone users reading emails on their phones regularly (according to emailinstitute.com), email marketers need to start optimising their communications for mobile and tablet.

That's the advice given by email expert Pat Owings, writing for business2community.co.uk, who highlights a number of tips that email marketers could utilise to improve their mobile efforts.

Businesses have been offered advice on how best to ensure their email marketing campaign works for the growing mobile audience.

Writing for business2community.com, email expert Pat Owings noted that mobiles are becoming prevalent in our day-to-day lives, which is why marketers should pay attention to the growing market using their mobiles to check their emails.

Starting a business doesn't have to be expensive, claims entrepreneur 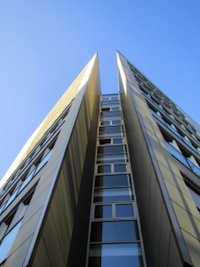 There are dozens of cheap ways to set up a new business, according to freelance writer and entrepreneur Jon Norris.

Writing for itproportal.com, Norris tore apart the notion that businesses have to spend as much as £94,000 to get themselves established - a figure he cited from a study by loan provider Borro.

Instead, he said that technology provides a cheap way - if not free way - of starting a business. Speaking from his own experience, Norris explains how it cost him just "£300 for a laptop and £100 for a sofa" to get his career off the floor.

Online marketing budgets look set to buck the trend and receive more investment, despite other areas of the marketing industry declining.

Citing data from the influential IPA Bellwether survey, which gauges the strength of the UK marketing industry, thedrum.com confirmed that online marketing budgets are now the only ones expected to show any promise for the year ahead. These are expected to grow from 5.1 per cent to 7.1 per cent.

The search engine, which also runs the Gmail platform, among others, has long been readying an update which would see content from all its services displayed in relevant search results. The scheme would see users presented with relevant content from their email inbox, calendar or stored documents if searching for a related query. 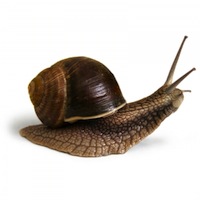 Brands using email marketing have been advised to consider frequency in order to best ensure the audience doesn't end up alienated or annoyed.

Writing for marketingweek.co.uk, blogger Russell Parsons explained that email messages are unlike their 'snail' mail equivalent, meaning a different approach was needed.

Just because email marketing isn't a new or 'shiny' marketing technique doesn't mean it could be excluded as a means to communicate with potential customers.

Writing for searchengineland.com, Adam Stetzer shared his belief that small business owners would be doing themselves a 'huge disservice' by failing to adopt the practice, especially as email still rakes in a sizeable audience.