Smartphones sales to break one billion mark in 2012 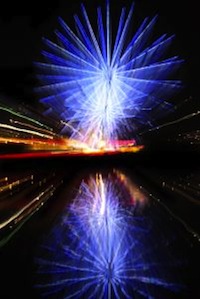 Brands will have even more need to make their marketing efforts mobile-friendly in 2013, following reports that one billion smartphones are forecast to be made and sold around the world this year alone.

Whilst 2013 may not be as packed with as many unveilings from the big industry players as last year, analysts are still expecting a record-breaking 12 months for the smartphone market, thedrum.co.uk reports.

Accountant Deloitte has forecast sales to break through the one billion mark this year, as the devices become more popular and accessible for the mass market. Furthermore, around half of the total number of smartphones in circulation by the end of 2013 could well have been purchased that year, some of which having come from consumers getting their first new device to replace an older hand-me-down.

Whilst this provides good news for manufacturers, it should also be heeded by the marketing world, with greater sales volumes making for an audience more willing than ever to get online via mobile phones. This growing market will then mean that making an email campaign mobile friendly becomes less of an option and more of a compulsory measure.

In light of this, much of Deloitte's growth forecast has come from the likes of HTC and Nokia, which are expected to reduce prices imminently in order to remain competitive. As prices become even more competitive, Deloitte said it anticipates 2013 to herald the arrival of $50 (£31) devices.