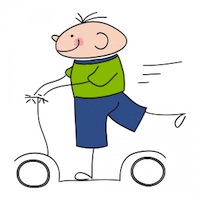 Yahoo! has updated its email platform in order to make the entire system quicker and easier for its users, thedrum.com reports.

Yahoo! Mail was one of the first widely-used email platforms but has since come under stiff competition from the likes of Gmail and Hotmail/Outlook. Now, in a bid to claw back some of those who left whilst also making life easier for those who've stayed loyal, Yahoo! has implemented numerous changes in order to make the platform more user-friendly.

The changes were decided on following the results of a poll where Yahoo! simply asked its account holders to describe the changes they would like to see.

One of the biggest issues was speed, which has prompted Yahoo! to remove steps from the log-on process. Now, users are directed immediately to their inboxes, whilst tweaks have also been made to make opening and replying to messages speedier. This amendment could prove interesting for those using email marketing, making it more important than ever to get messages delivered straight to the inbox and not caught up in junk filters, as it is the inbox where users will be ushered when first signing in.

Elsewhere, Yahoo! got to work on the platform's design with a view to make its aesthetic uniform across the board, regardless of the device on which a person is viewing their emails. Also on the design front, larger screen viewers will see the tools for composing and managing emails optimised, whilst those on smaller, mobile screens will see monitoring and organisation improved.

"You've told us loud and clear that you want fewer distractions when it comes to email," Yahoo!'s CEO Marissa Mayer told sky.com. "You want to quickly log in, communicate and get on with your day."