Mobile marketing will continue to soar in 2013, say expert 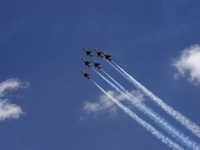 A top expert has predicted that mobile marketing will soar in 2013.

Sid Shah, Director of Business Analytics for Advertising Solutions at Adobe, said that by the end of 2013, one in three paid clicks will come from a tablet or a smartphone.

He described in an article written for adexchanger.com that the market had increasingly expanded in the last year. He said: "In mid-2011, I predicted that one in five paid search clicks would come from a mobile device by the end of 2012, which seemed ambitious. It turns out that mobile traffic has already reached that mark."

New smartphone technology and increased adoption of the devices mean that more and more people are using their mobile phones to access emails.

A report by econsultancy.com earlier this year claimed that mobile email open rates had increased from 20.24 per cent at the start of the year, to 27.39 per cent in the second quarter of the year, according to a study of 974 million emails.

As well as mobile marketing, Mr Shah said that companies would be focusing more on cross-channel and cross-device development too.

He claimed the the proliferation of mobile devices, as well as social media, meant that consumer buying habits were changing.

Mr Shah wrote: "Until now, marketers have measured the efficacy of their digital campaigns with a simple last-click approach... However, the increased use of mobile devices and the emergence of new marketing channels, like social media, have precipitated a fundamental shift in consumer purchase patterns online."

Published in News
More in this category: « Financial incentives great for attracting repeat custom online Make the most of Christmas Sales, advises retail expert »
back to top
Joomla SEF URLs by Artio