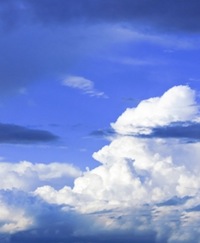 Giving your recipient no option but to open your email.

Lets make your campaign stand out from the rest, lets give your customers a reason to not forget your email in a hurry.

The majority of email clients now have a preview panel, this give your recipient a chance to view your email in a small box before they decide whether they want to open it or not. 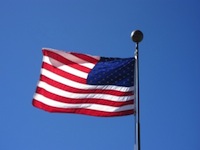 A writer has blasted clothing brand American Apparel for email marketing it sent out during superstorm Sandy.

Nicola Kemp, commenting on marketingmagazine.co.uk, blasted the firm for trying to sell clothing while people were losing their lives in the tragedy. It was after the brand sent an email which was titled 'Hurricane Sandy Sale' and told consumers they could get 20 per cent off in the next 36 hours if they were 'bored in the storm'. 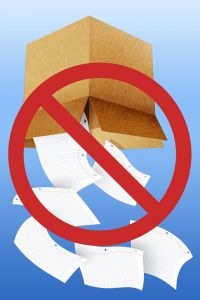 Microsoft has celebrated in a cheeky fashion after its email services were named as the best for excluding spam messages, winbeta.org reports.

Earlier this year, independent researcher Cascade Insights named Microsoft's spam filtering technology as being the best of all large-scale webmail providers, including Gmail and Yahoo! Mail. Whilst the announcement is positive for Hotmail and Outlook users, it could also benefit those businesses using email marketing, as it better ensures their messages will get through; rather than being associated with spammy content.

Instead of simply advertising that Hotmail accurately filtered 97 per cent of spam content sent to accounts in Sweden, however, Microsoft opted for a somewhat more mischievous approach. It celebrated the news with the creation of spoof help service, 'Spammer's Aid'.

Gmail hailed as the most popular email platform

After years of fierce competition, Gmail looks to have finally beaten Hotmail to become the most widely-used email service in the world, cnet.com reports.

New figures released by ComScore claim that Gmail has a total of 287.91 million unique users worldwide, compared to Microsoft's (Hotmail and recent replacement Outlook) 286.63 million. Third on the list was Yahoo! Mail, which counts 281.72 million people among its users, although it does still exercise a strong hold over the US, where it tops the list. Gmail and Hotmail, meanwhile, have to be content with second and third place respectively.

Email marketing metrics, how to use them to improve the performance of your campaigns.

Now whether you love or hate number, to properly analyse your email marketing campaigns in order to improve them you are going to have to spend some time looking at them and analysing them.

If you love numbers then you can log into your Google analytics and have a good study, looking at what is working well and maybe what isn’t.

You may feel that conducting your own online marketing campaigns is a little beyond your reach. You may have seen examples of the 'personal touch going' wrong, where hapless business owners attempt to advertise their own products with little success and plenty of embarrassment. Fear not - some advertising platforms really do allow you to oversee the whole campaign, so long as you've got a couple of ideas to put forward.

What to look for in an email marketing supplier...

As with everything in business, choosing one supplier for your email marketing can prove difficult. There are so many companies offering different things that picking just one can seem like an impossible task. It isn't though. You've just got to know what to look for in a trustworthy, reliable email marketing provider. Although there are many things to watch out for, here are some of the most important...

So this email marketing malarkey has been around for a while now, and you have been able to personalise your emails for nearly as long. It has become a lot easier to set up a personalised email granted, literally a click of a button. Any marketing email that I get I have subscribed to and I do not remember the last time that I signed up to receive a newsletter and wasn’t asked for at least my first and second name, so why aren’t a lot of the emails that I receive personalised to me? 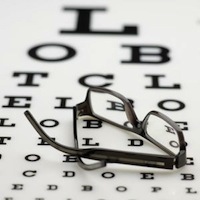 Testing testing testing. I don’t think that I can stress enough how important it is to test everything that you do. Because until you send out a campaign that gets 100% deliverability, a 100% open rate and a 100% click through rate. Them figures may be unrealistic but you catch my drift, there is always room for improvement.

No matter how well your campaigns are currently going there will always be something that you can do different, to improve upon your response. The only way you will find out what will work is by trying new things, or more to the point, testing new things.