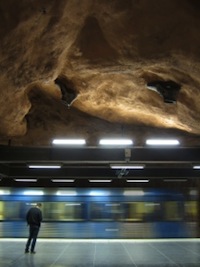 When I think about technology and the rate in which that it has come along. It never fails to absolutely blow my mind.

Just think how long we as humans have been alive, how long did it take us to build the first computer? Lets start at 100AD, it still took us over 1800 years. And since that first computer was built, it has been a very slow process from there on. Until now.

We live in the most exciting time in history, the development of technology is just non-stop.

It was only 10-15 years ago that we had big bulky mobile phones, now we have a super powered mini PC/Phone/Camera/Camcorder/Gameboy in all of our pockets.

Can you imagine life without Google? It has only been around for 12 years.

Email is keeping up with the pace also! The first email was sent around 40 years ago, now billions and billions are sent every single day.

Email has become one of the most important things in our lives, but at home and for work.

So I thought that I would supply you with some interesting facts about them:


•    If you were to print out each email that is sent in the world onto a standard piece of A4 paper, in around 2 hours you would have enough paper to cover the whole of Africa.


•    In two days, if you were line up every bit of paper, it would be long enough to go around the earths circumference.


•    There are 3.3 billion email accounts, compared to a mere 2.7 billion social media accounts.


So technology is moving faster then ever, but email is keeping up with it.

Mitch O'Callaghan is the UK Sales Manager here at BrotherMailer, and spends his time talking to Email Marketeers, finding out what's new and what's old, what works, what doesn't, and ensuring BrotherMailer users get the best results.

More in this category: « Do you know enough about our platform? Consumers happy to share data with markets »
back to top
Joomla SEF URLs by Artio