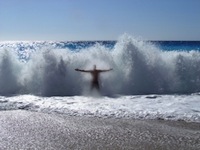 The majority of consumers are happy to share personal data with marketers through at least one channel, according to a new study.

In a survey conducted by Experian, 82 per cent of respondents claimed they would be willing to share personal details with a business, but just 27 per cent would do so across more than one marketing channel.

The majority of those who would only share data via one channel were aged 45+. According to experian.co.uk, 79 per cent of this group would prefer to share personal details via email.

Bulk email was the most popular method to receive communications from a business as well, with 69 per cent of respondents citing this as their preferred channel.

Nevertheless, Experian managing director Jon Buss has urged businesses to do more to encourage data sharing via a multitude of channels.

Speaking to bizreport.com, he said: "Huge amounts of spending power sit with those who are "more reluctant" to share marketing information across multiple channels. Marketers need to build trust to engage with these potentially high value customers and move them to share more and richer data.

"The more channels consumers share information across, the greater the potential to link this data and the hotter they become in marketing terms."

Young consumers aged between 18 and 24 were the most willing to share data via more than one channel. This demographic was twice as likely to share information on Facebook as the average consumer and three times more likely to want to be contacted via Twitter.

Mitch O'Callaghan is the UK Sales Manager here at BrotherMailer, and spends his time talking to Email Marketeers, finding out what's new and what's old, what works, what doesn't, and ensuring BrotherMailer users get the best results.

More in this category: « Rate or technology development. BrotherMailer Easy Editor – Best on the Market. »
back to top
Joomla SEF URLs by Artio